Worse, that minority is a leading indicator. If some are repelled, more will be bored. 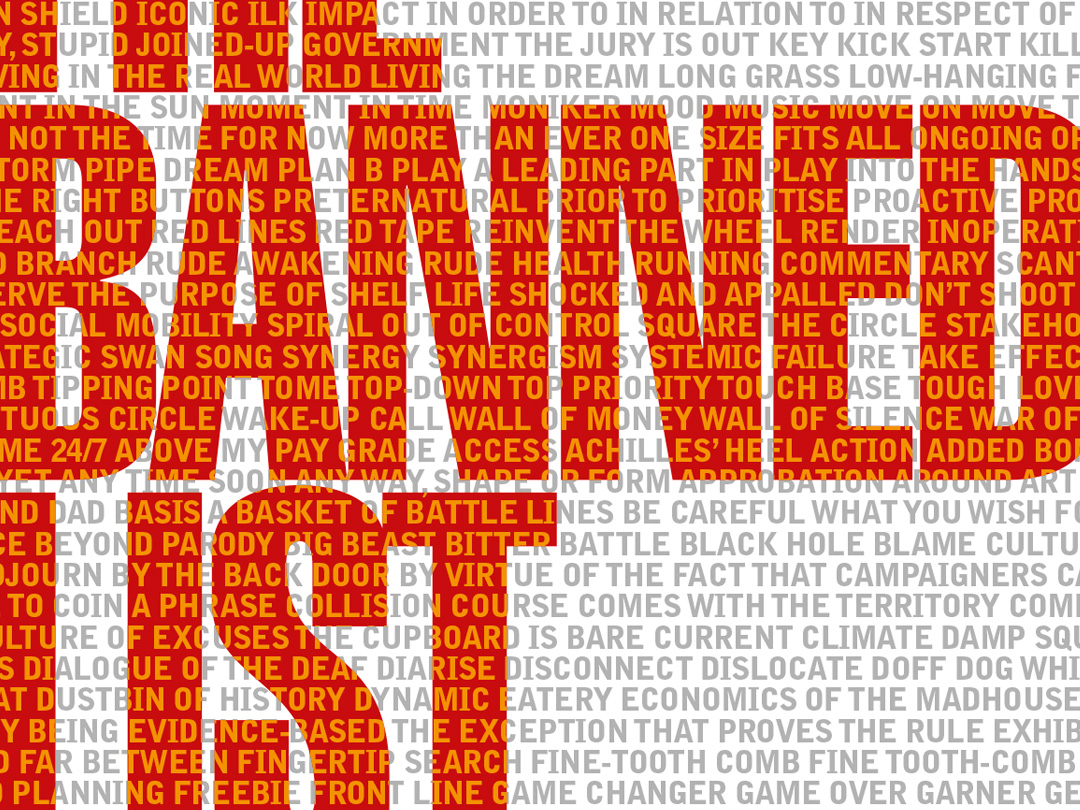 Clarity, brevity and originality are rewarded, even if the audience is not aware of them. If you write "way beyond" or "way more", most of your readers may not notice. A few others may notice, even subliminally, and think that you are a happening dude. And a few old fogeys may notice and may twitch, possibly also subliminally, with irritation. We may be morally wrong to do so, but the damage has been done, and you cannot go back and argue the point.


The damage is greater, sadly, than any kudos that might have been earned by using the fashionable jargon of the in-crowd. So you know what to do. Remember George Orwell's rule. Try not to use figures of speech that are familiar. Just take them out. The worst that can happen is that you make the opposite mistake, of trying too hard to think of fresh similes or metaphors, which read oddly and distract the reader from what is being said.

Or of spending too long trying to think of new ways of expressing a simple thought. Never worry about a piece of writing being too short. This is a rare failing, and one to be sought rather than avoided. When was the last time you sighed, "Did it have to end so soon"?


If you have something to say, better to say it simply and clearly, even if you fear that it seems a little dull, or that it fails to do justice to your prowess as a writer, or to your expertise in your job. The trouble starts if you realise that you do not have much to say, or that it is a mere statement of the obvious.

But then at least you know where you are, which is a step ahead of those many people who have no idea at all. The reason for caring about clear writing is not because self-appointed guardians of questionable correctness go around trying to ban things that they think are ugly or thoughtless. It is a matter of your own self-interest. I am trying only to help. I hope you don't mind. Sally Bercow: Funnily enough, all my proposed banned phrases tend to be trotted out frequently by my dear husband and drive me crackers: "I'll turn my mind to that in due course"; "With the greatest respect"; "We'll look at it in the round"; "I hear what you say"; "The reality of the matter is"; "Perhaps it would be helpful if I explained the background".

Ooh, and two others: "in the real world" and the faux-trendy "chillax". At the top was, "diminutive Antipodean chanteuse", which used to feature practically weekly in the diary of my predecessor. What Kylie Minogue is, I told my dribbling, pink-faced underlings, is a short Australian singer. If you think people need to be told that, tell them. That is just language. Louise Mensch: "Stakeholders". I also hate "beyond imagination" used to trail movies, since, patently, it isn't.

James Purnell: Can we ban "elephants in the room", "perfect storms" and "seal the deal", please? Add your least favourite word or phrase at www. You can find our Community Guidelines in full here. Want to discuss real-world problems, be involved in the most engaging discussions and hear from the journalists?

The History of the Banned and Restricted List, Part IV - 1995

You can also choose to be emailed when someone replies to your comment. The existing Open Comments threads will continue to exist for those who do not subscribe to Independent Premium. Due to the sheer scale of this comment community, we are not able to give each post the same level of attention, but we have preserved this area in the interests of open debate. Please continue to respect all commenters and create constructive debates.

What is Prohibited | World Anti-Doping Agency

Stalin viewed the text as an unwanted commentary on his ruling style, leading him to display his power to ban it in the Soviet Union, which remained in effect until The controversial novel followed an average citizen in his attempt to escape the omnipresent eye of a dystopian government and espoused themes concerning the nature of nationalism, sexual repression, censorship, and privacy.

It is important to note that Nineteen Eighty-Four stirred controversy in places other than Russia. Various social groups in the United States also denounced the novel and attempted to have it removed from bookstores. What is ironic about these attacks on the novel, though, is that factions from opposite ends of the political spectrum both wanted it banned—some claiming that it was pro-communism while others claiming that it was antigovernment.

In a U. It took some convincing from his wife to publish the novel, and it was released by a noted pornographic press in France in However, its subject matter, which was presented to its readers as the memoirs of a deceased European intellectual who fanatically yearned after a 12 year old girl, proved too obscene for several authorities and was banned in its first decade of publication in France, England, Argentina, New Zealand, and South Africa as well as in some American communities.

Today Lolita enjoys a ban-free status in conjunction with being known as one of the most-groundbreaking novels of the 20th century. After enduring over U. Interested readers went to great lengths to smuggle copies of the book into their countries so that they could discover what exactly it was that was being banned. What ensued were a great many confiscations, obscenity cases, and the creation of a distinct aura around Miller as an author, namely by later members of the Beat generation, upon whom he had a significant impact.

Although the controversy surrounding that novel was loud, Miller did not let it curb his writing, and he continued to publish novels that followed in the same frank, comedic, and easy-flowing tone about his exploration of human sexuality, which thus allowed him to become widely known as a liberating trailblazer for 20th-century literature.